'In the early 17th century the Dutch shipped the first Genever to the United Kingdom.
400 years later, the VL92 crew brave the historic sea route to put a bit of Dutch Courage back in Gin.'
On May 15, 2012, the first shipment of VL92 Gin to be distributed outside of the Netherlands was delivered in London. The gin arrived in London on a historic Dutch ship, having set sail from its home base in Vlaardingen. Co-founder Sietze Kalkwijk presented the first box of VL92 Gin to the Artesian Bar team, led by world-famous bartender Alex Kratena.


Due to popular demand in England, the creators of the Dutch VL92 Gin have arranged to have the gin cross the Channel - and to cross it in style.

VL92 Gin is named after a historic sailing freighter from the Dutch town of Vlaardingen. On May 11, the original VL92 freighter will set sail for England along with two other historic Vlaardingen loggers, with the VL92 Gin on board. The VL92, nicknamed "The Balder", will take the lead, followed by "The Iris" and "The Galant".

The ship moored next to the Tower Bridge in London the evening of May 14. On Tuesday, May 15, with gin enthusiasts and special guests in the audience, the first bottles of VL92 Gin were officially handed to the early adaptors aboard. 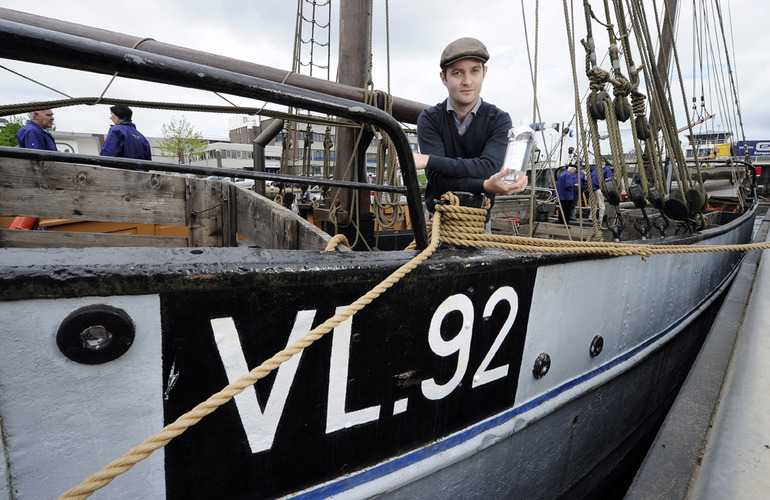